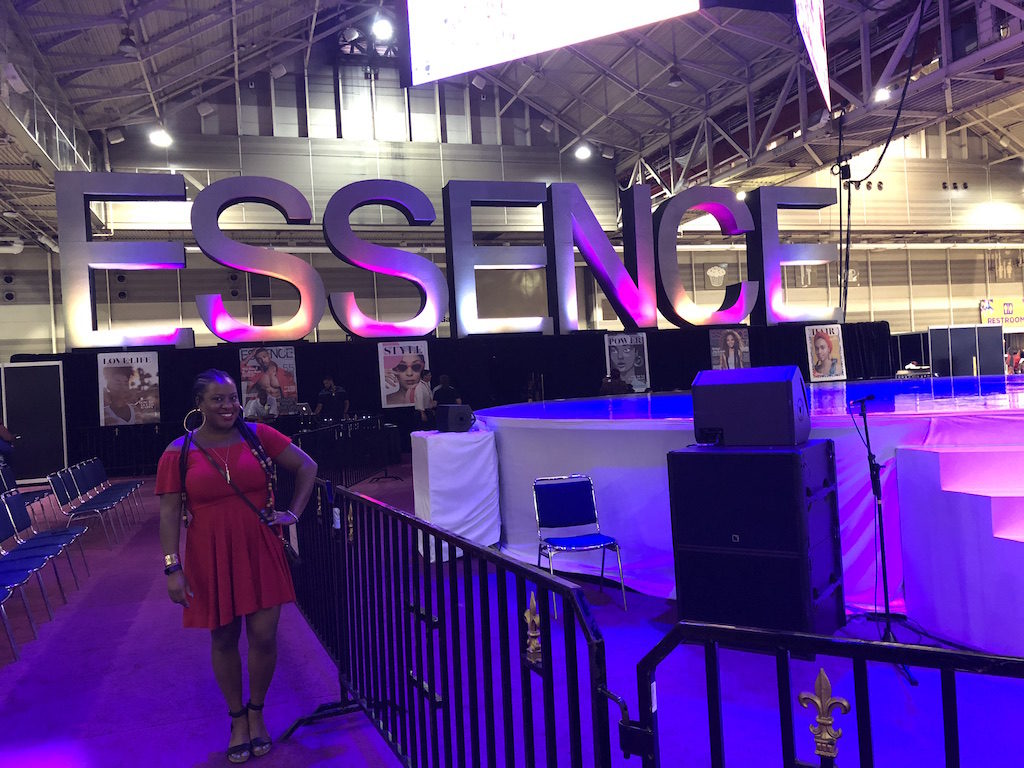 I am currently in the post-glow feeling of the 2018 Essence Fest even though it was a few weeks ago. I am still processing the event and the Black Girl Magic of it all. I recently read that it was the most-attended Essence Fest with over 500,000 attendees whom infiltrated New Orleans for a party like none other. I’ve been to the Essence Fest before, but this one was different.

I call it the Girls’ Trip Effect.

Women of color in the 21 century are professional, high earners, and oftentimes are the most coveted demographic group when it comes to setting trends. The world looks to us as leaders of the culture, and thus, we are making Money Moves and have power with our dollar.

During the event, I was in awe at the hugeness of it all and of the brands who attended and poured hundreds of thousands of dollars to get our attention.

The 2018 Essence Fest was a case-study of melanin magesticness and from a business standpoint, I was educated in so many ways. Pull up a chair and I will share with you the Five Business Lessons I Learned at the 2018 Essence Fest.

END_OF_DOCUMENT_TOKEN_TO_BE_REPLACED

I am facilitating another Blogging Workshop here in St. Louis, and YOU are invited.

If you’ve ever wanted to know how you can make some real money with your blog and social media channels, I am giving you all of my secrets! 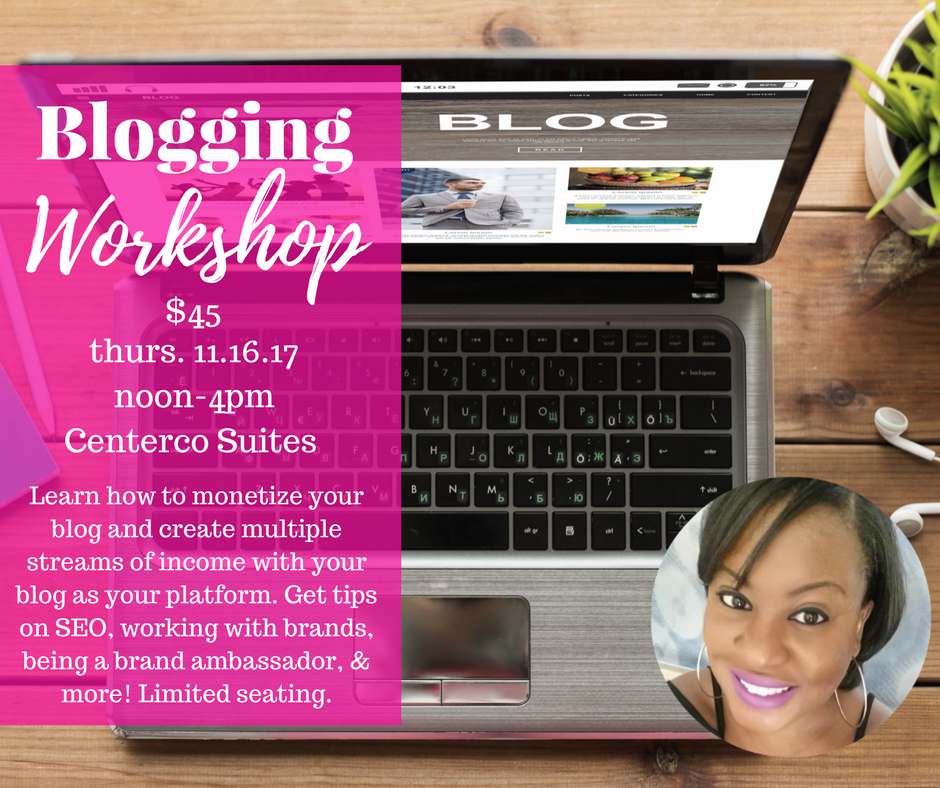 Join me for my next Blogging Workshop on Thursday, November 16th from 12-4pm.

This four hour session will be filled with my winning formula of taking my blog from a hobby to my full-time income.

END_OF_DOCUMENT_TOKEN_TO_BE_REPLACED

You asked for it, and now, I am bringing it to you. If you are in the St. Louis area, I am hosting my very first Pick My Brain Workshop. This is perfect for those of you who want to grow your blog and social media presence in order to make a full-time income.

As a seasoned professional blogger with over six years experience, I have consulted bloggers who want to go from hobby to jobby with their perspective websites. I am now passing on my knowledge, tips, tools, and insight during an in person event in which I will be working with you individually to help make your blog or website profitable. 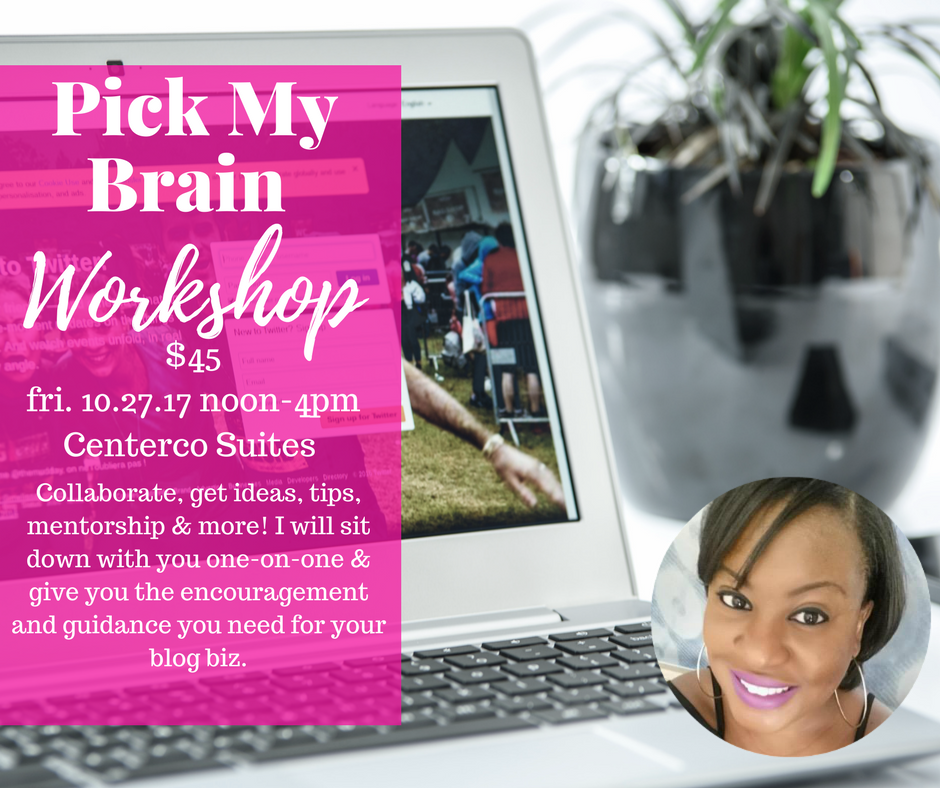 During the Pick My Brain Workshop I will be sharing:

END_OF_DOCUMENT_TOKEN_TO_BE_REPLACED 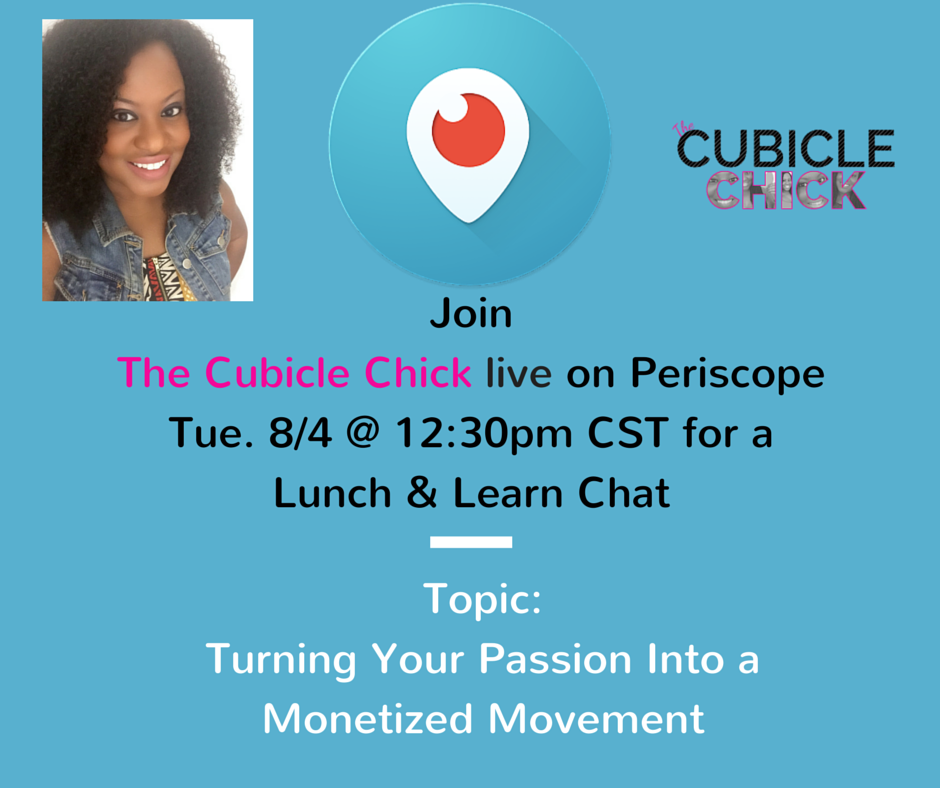 END_OF_DOCUMENT_TOKEN_TO_BE_REPLACED

Hi there! There’s been so many things happening with TheCubicleChick.com and my brand that I wanted to take some time and fill you in on all of the news.

TheCubicleChick.com continues to grow and evolve, and it’s because of my readers that I’ve been able to do the things I am doing. I never wanted to be just a blogger; I wanted to be a conduit for others to help them grow in whatever it is they wanted to be. I’ve been working on my second book, SHINE: 30 Days of Positive Life Affirmations, and will be releasing it soon. By far, this is the largest project I’ve worked on, and I really hope it’s received well.

Here’s more of what’s been going on in my Cube: