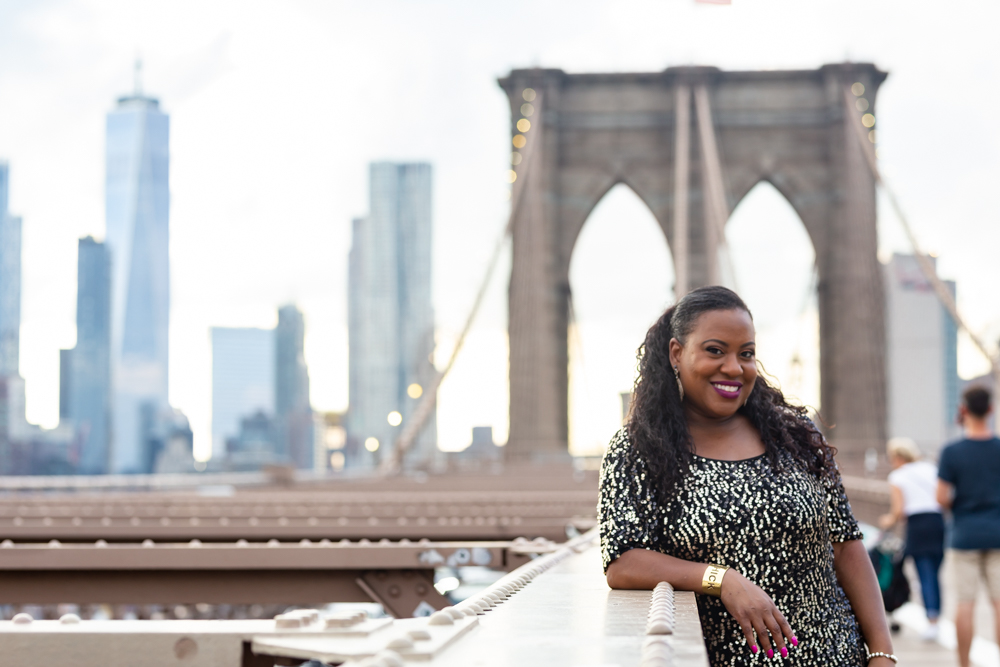 I’ve always wanted to have a photo shoot in New York City.

The Big Apple is a creative’s paradise as it thrives on the heartbeats of its inhabitants. These vibes act as synergy that mixes with the bright lights, big city theme. Chip Dizárd, epic photographer and image catalyst took on the challenge of shooting me with his lens.

We are talking Bucket List ish here. I’ve wanted to work with Chip for years, so our universes aligned and we made it happen. The result was a match for the blogging masses.

Chip and his assistant Candace Howe got me all together, honey. They helped loosen me up, played music that I could vibe to to get the right shot, and were consummate professionals throughout the process. 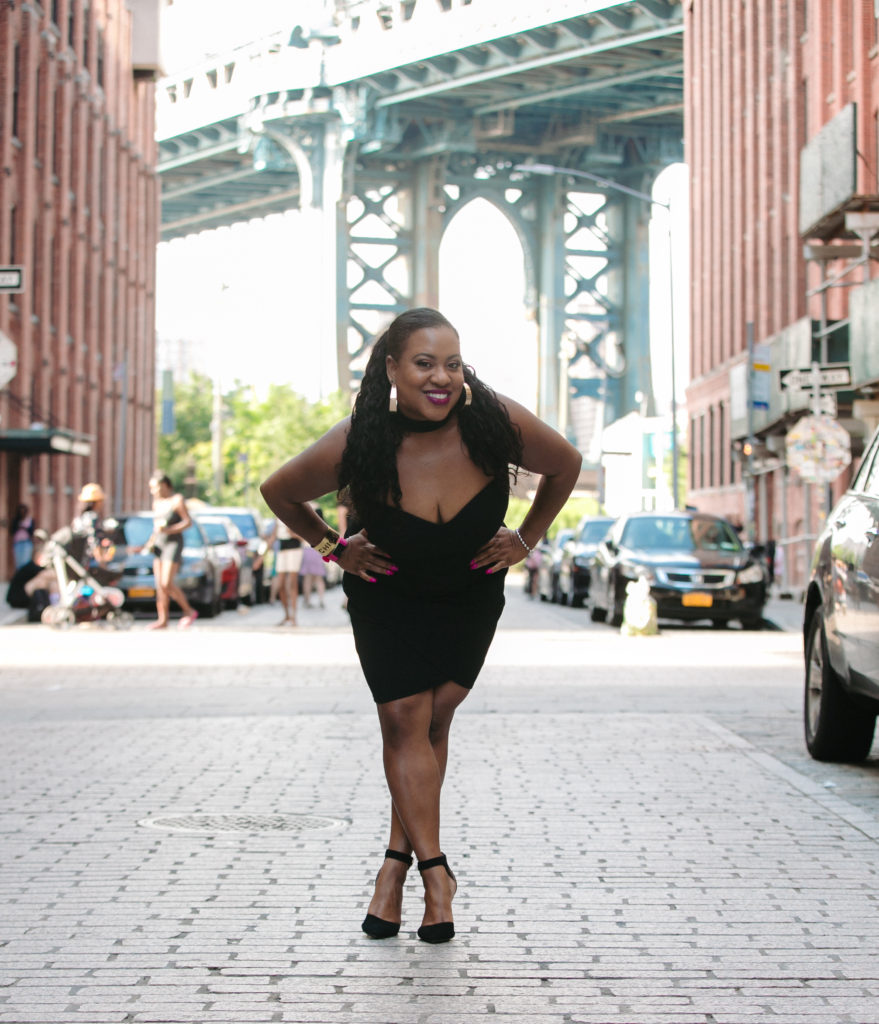 I’ve had many a photoshoot, but this one was gold star material, all the way.

The Brooklyn Bridge was calling me, and so we made sure to get some photos in the area alongside DUMBO, midtown Manhattan, and the gritty and grimy subway.

I say to you this: don’t just think about it—be about it and do it. I’ve put off a NYC photoshoot far too long. I’m in the city twice a year and never made it happen. As an entrepreneur and supposed thought leader, I need to pull the trigger and stop putting things that I want to do off. 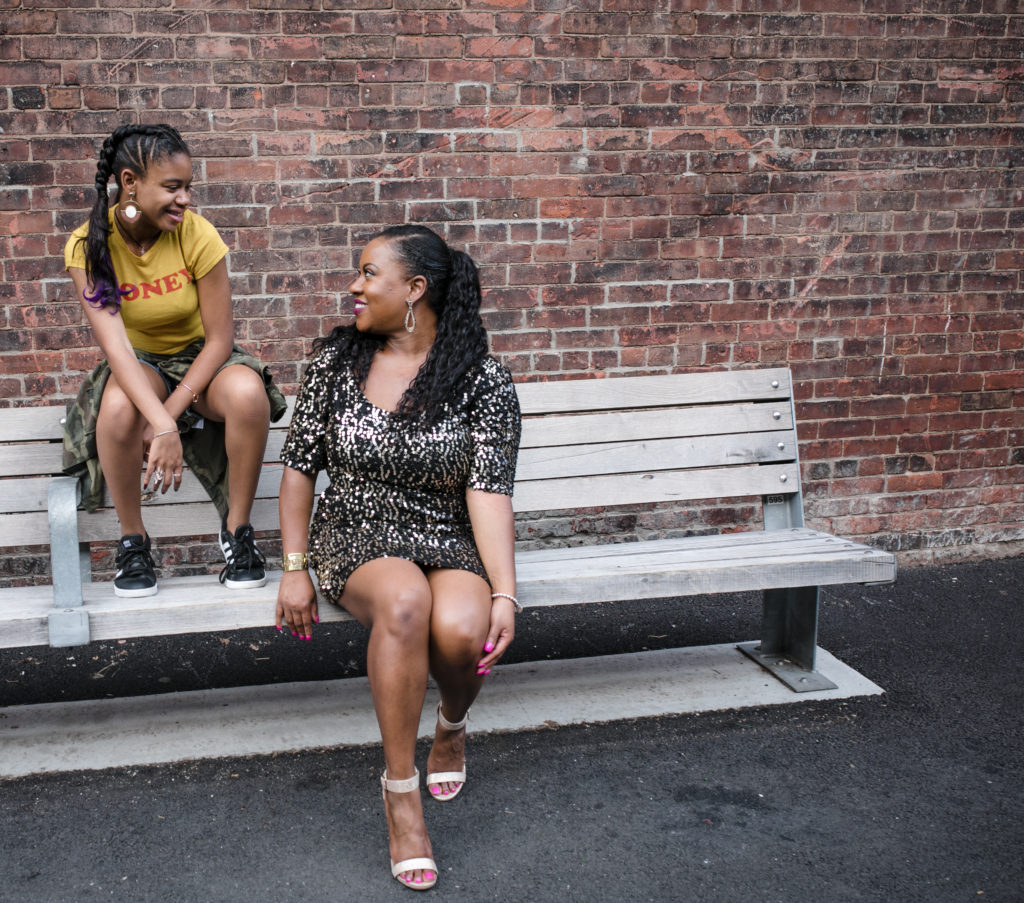 Are you planning a photoshoot in the city (not just NYC, but any city)? Here are some tips:

Chip and I had a phone conversation and several IG DM threads on what we both wanted to accomplish for the shoot. We discussed what I would be wearing, where we would shoot, what we both wanted from the images and more. Once we got together, it was pretty much seamless because we had a plan.

Make sure to have fun for your shoot, even if it’s for your business or profession. The best photos are able to translate visually your personality and vibe, so make the most of it. 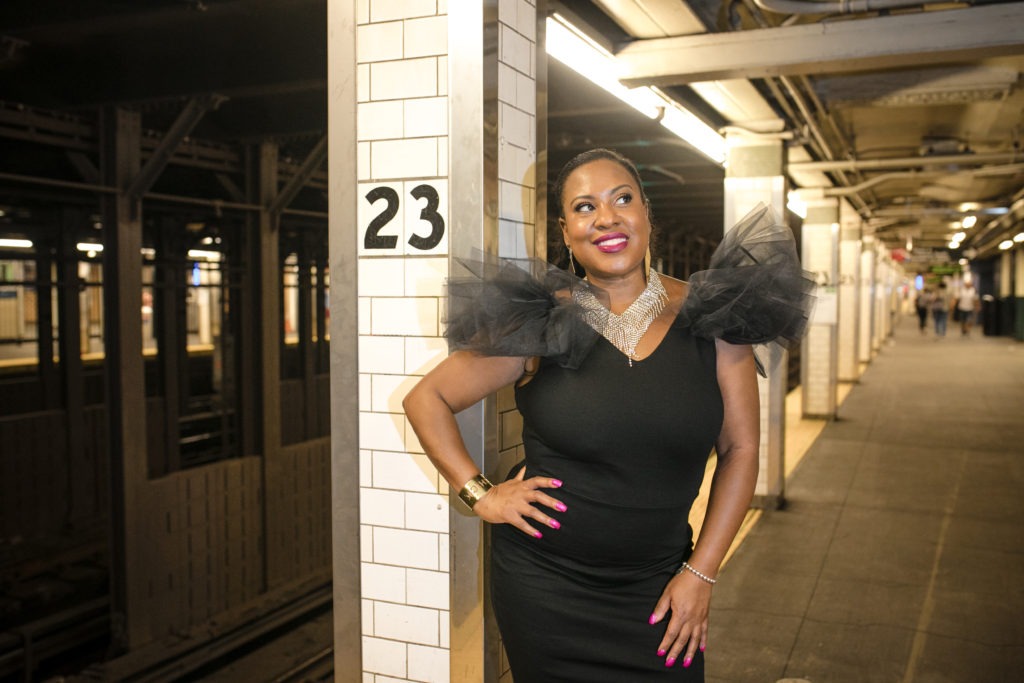 Chip Dizárd exceeded my expectations, and I hope to work with him again in the future. He’s dope, travels internationally, and one of the best photographers out there. To book him, or get more information, visit his site Chip Dizárd Weddings HERE.